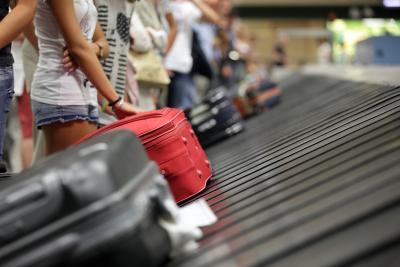 Caribbean Airlines has announced that it will be charging some of its customers for their second checked bag.

In a statement on its website dated December 12, the airline indicated that "Despite the growing industry trend of airlines moving to charge passengers for all checked bags, Caribbean Airlines announces its new baggage policy of charging its customers for their 2nd checked bag. The first checked bag continues to be free – together with one carry-on bag – while a fee for the 2nd bag will be only US $25, plus applicable taxes."

It continued, "Caribbean Airlines also announces an improvement in its international baggage policy for Business Class customers whose free checked baggage allotment will be increased to three pieces."

The statement noted that "Caribbean Airlines has resisted moving to this policy, but in light of most of its competitors charging passengers for all their checked bags, it is left with no choice but to match industry practice to remain competitive.

"While our competitors continue to showcase low fares, they conveniently fail to mention that bag fees – some in excess of US $100 – are charged to customers. Caribbean Airlines assures its passengers that our fee of US $25 for the 2nd bag is the lowest in the industry," the statement added.

The airline statement outlined its new baggage and allowing one free 7 kg or 15 lb then the first bag to be checked, up to 23kg/50lb free
1st checked-bag free @ 23 kg/50 lb while the second checked bag 23kg/50lb would be at a US $25 while for travel to and from London, England the second and third bag fee will be 50 GBP.

The statement noted, "It should be noted that customers travelling within the Caribbean will see a reduction in the present second bag fee from US $50 to US $25."

The new policy, the statement said, will be implemented in two phases. Phase one takes effect on tickets purchased on or after December 18, 2014 for travel from January 15, 2015, on all flights between the Caribbean and Toronto. Phase two to take effect on tickets purchased on or after February 1, 2015 for travel from April 15, 2015, on all flights throughout the rest of the network. This two-phase introduction allows our customers to adjust and plan ahead.