TT One Link: One stop-shop for all Government products and services 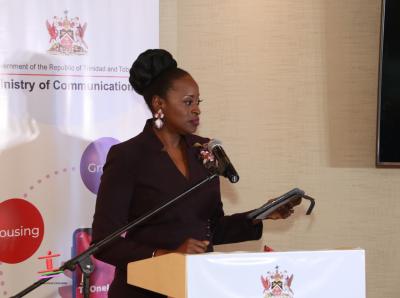 Citizens can now access all Government products and services in one space via an app designed and created by the Ministry of Communications, TTOneLink.

TTOneLink removes the task of visiting 23 Government Ministries, a number of state enterprises, statutory companies and other autonomous Government agencies to find information on their services and products.

She said, “There are clear benefits to be derived from citizens accessing TTOneLink, not least of which is the ability to have faster access to accurate, timely and detailed information about Government services. Not only will this save valuable time for citizens but it will also reduce the need for personal visits to government and other associated offices…”

TTOneLink also offers Government information, news and critical updates from the convenience of a smartphone or tablet with an internet connection. It provides the whole of Government in one space, via one link. Information such as jobs, grants and the status of a housing application is available on TTOneLink. It is available for download from Google Play and will be available in the future in the App Store.

“Successful implementation of this TTOneLink app will serve to bring Government closer to the people and in so doing increase their participation in democracy…we have provided you, the citizens of Trinidad and Tobago with a solution that is cost-effective, time-saving and flexible,” said Minister Cox.

TTOneLink was officially launched yesterday, 5 August 2020 at the Auditorium Restaurant and Lounge, Government Plaza and is a fulfilment of the Ministry’s mission to