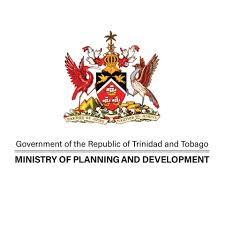 The Honourable Camille Robinson-Regis is announcing for public information that the Government of the Republic of Trinidad and Tobago and the European Union (EU) have agreed to the installation of a commercial scale solar panel system, via a solar park, at Piarco International Airport with an annual generation capacity of 1,443,830 Kilowatt hours (kWh).

This Euro €4 million grant funded project is estimated to commence within the first quarter of 2020 and the implementation will take place over a period of 48 months. This solar park project falls under the EU’s Global Climate Change Alliance Plus Initiative (GCCA+). The GCCA+ s a European Union flagship initiative which is helping the world's most vulnerable countries to address climate change. Minister Robinson-Regis is also stating that the Ministry of Planning and Development led the negotiations with the EU to secure resources for the project through its European Development Fund (EDF) Unit, and the EDF will continue to be involved in managing the resources of the project to ensure the benefits to Trinidad and Tobago are realised.

The Planning Minister adds that this project is relevant to the achievement of Trinidad & Tobago’s National Development Strategy, Vision 2030 and T&T’s commitments to the United Framework Convention on Climate Change (UNFCCC) and the Paris Agreement. It contributes primarily to the progressive achievement of SDG Goal 13 on Climate Action, but also promotes progress towards Goals 7 on Affordable and Clean Energy, 12 on Responsible Consumption and Production and 9 on Industry, Innovation and Infrastructure. This will also reduce significant spending on electricity generation, resulting in significant financial savings in energy consumption by the Airports Authority of T&T.

In addition to helping Trinidad and Tobago meet its UN Climate Change commitments, other specific objectives of the project to T&T also include an increase in the availability and use of energy from renewable sources and an increase in the efficiency levels in the consumption of energy in T&T.

Other organisations involved in the overall project include the University of Trinidad and Tobago (UTT), the Multilateral Environmental Agreements Unit (MEAU) of the Ministry of Planning, the Ministry of Energy and Energy Industries, the United Nations Development Programme (UNDP) and the Tobago House of Assembly (THA).