Tribute from the UWI on the passing of Professor Emeritus Norman Girvan, CD 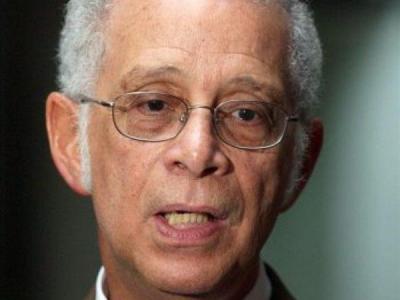 UWI REGIONAL HEADQUARTERS: MONA, Jamaica – On behalf of the entire faculty, staff and student body of the Sir Arthur Lewis Institute of Social and Economic Studies (SALISES), I wish to express the profound sorrow that we feel at the passing of Norman Girvan, Professor Emeritus, The UWI and first Director of SALISES.

Born in Kingston, Jamaica in 1941, Norman attended Calabar High School before entering what was then the University College of the West Indies in 1959 to study economics. Part of a brilliant cadre of students drawn from across the region, including, among many others, Walter Rodney and H. Orlando Patterson, he was taught by an equally outstanding faculty, among them, Lloyd Best, Lloyd Braithwaite, Roy Augier, Alister McIntyre and Elsa Goveia.

The young Girvan left to pursue his doctorate at the London School of Economics, returning thereafter to the Mona Department of Economics, where he served for many years, establishing himself as one of the leading economists of the region.  Girvan’s work, both as individual scholarship and as part of the New World Group that flourished throughout the Caribbean in the Sixties and early Seventies, sought to critique the nature and limitations of political independence and to redefine a space for Caribbean sovereignty as well as more inclusive notions of democracy.  More specifically, through studies like the evocatively titled Foreign Capital and Economic Underdevelopment in Jamaica and Copper in Chile, Girvan argued that through the structure and operations of international corporations, the newly emergent nations of the Caribbean and Latin America were being denied a fair share of the surplus from the exploitation of their mineral resources. This, he suggested, contributed immeasurably to their inability to escape from a cycle of underdevelopment.

Never confining himself entirely to the academic environment, Norman also served for extended periods in national, regional and international institutions, among them, as Head of the National Planning Agency of Jamaica (now the PIOJ) and Secretary General of the Association of Caribbean States (ACS). Serving for many years as the Director of the renowned Consortium Graduate School of the Social Sciences at Mona, he was instrumental in its merger with the Institute of Social and Economic Research (ISER) to create SALISES, leaving, perhaps too soon after its formation, to take up his position at the ACS. Since 2000, Norman and his family have lived in Trinidad and Tobago, where in 2004, following the ACS Directorship, he taught in the Institute of International Relations at UWI St Augustine, until his retirement in 2010.

In this phase of his life, Norman’s work, if anything, gathered pace, with many critical interventions in both scholarly and new media, suggesting caution about and modification of the proposed Economic Partnership Agreement (EPA) with the European Union, greater engagement with Cuba, recognition of Haiti as an integral part of the Caribbean and, consistently, calling for deeper and more popular Caribbean integration. Above all, Norman, through his website 1804 CaribVoices, has emerged as a tribune for rethinking Caribbean history, understanding and fighting for the preservation of the environment, defending all causes associated with popular empowerment and, inevitably, redefining the Caribbean in all its component districts, as a common, sovereign space.

We express our deepest condolences to his wife Jasmine and children Ramon, Alexander and Alatashe as we reflect on and remember with gratitude a life well-lived and the immeasurable contribution of this exemplary Caribbean citizen.

The University of the West Indies

Since its inception in 1948, The University of the West Indies (UWI) has evolved from a fledgling college in Jamaica with 33 students to a full-fledged, regional University with well over 50,000 students. Today, UWI is the largest, most longstanding Higher Education Institute (HEI) in the Commonwealth Caribbean, with four campuses in Barbados, Jamaica, Trinidad and Tobago, and the Open Campus. The UWI has faculty and students from more than 40 countries and collaborative links with 160 universities globally; it offers undergraduate and postgraduate degree options in Food & Agriculture, Engineering, Humanities & Education, Law, Medical Sciences, Science and Technology and Social Sciences. UWI’s seven priority focal areas are linked closely to the priorities identified by CARICOM and take into account such over-arching areas of concern to the region as environmental issues, health and wellness, gender equity and the critical importance of innovation.