Time To Build Up, Not Breakdown Petrotrin 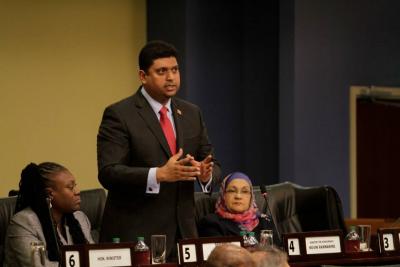 "Mr. President, I rise to make a short statement on the financial position of Petrotrin in light of low refining margins over the past two (2) years and the recent precipitious fall in oil prices and further shrinkage in refinery margin. Petrotrin lost $346 million (unaudited) in fiscal 2014 and just broke even in fiscal 2013. This was due to losses by the refining arm of the company. The upstream side of the company remained profitable in 2014.

The fall in the gross refining margin at Petrotrin is a feature of a worldwide oversupply of refinery capacity compounded by the shale oil revolution which has seen American refiners benefit from cheaper crude oil and lower natural gas prices. As a result, US refinery utilization rates in July 2014 peaked at 94%, the highest they have been since 2005. American refineries are therefore more competitive than their counterparts outside of the United States.

Petrotin and indeed the country is not immune from this global scenario. Petrotrin is now also facing the spectra of falling oil prices which jeopardises the profitability of its upstream business. Oil prices have plummeted by more than 30% since 2014 June and are currently at their lowest levels in four (4) years.

As a consequence, the company has cut TT $340 million out of its operating budget for fiscal 2014/2015 compared to fiscal 2013/2014. Even with this significant cut in operating expenses, the company will still incur another projected loss in 2014/2015 at current oil prices and refinery margins. Petrotrin’s salaries and wages costs, inclusive of benefits and allowances, are 54.5% of its recurrent budget. This compares to the benchmark of 35 -40% for National Oil Companies (NOC’s) around the world.

The other major challenge Petrotrin faces is the debt burden of the company.

In 2002, the total debt of Petrotrin was TT $3.3 billion. By 2010, when the former PNM administration left office, it had increased almost four fold to TT $12.4 billion. The main driver of the increase in debt burden in that period included the issue of two bonds, one in 2007 for $US 750 million and the other in 2009 for $US 850 million. These bonds were issued to support projects in the refinery, including the Gasoline Optimization Programme (GOP), which experienced significant cost escalation and schedule slippage. These bonds have burdened the company’s expenditure.

As at December 1st 2014, the company’s total debt (unaudited) is TT$14.38 billion. This figure is comprised of TT$6.0 billion in short-term debt and TT$8.38 billion in long term debt. The weighted average interest rate on total debt is 5.54%.

The repayment figure for the long term loan payments for 2014 is TT$1.26 billion and for 2015 that figure is TT$1.23 billion. In addition to falling refinery margins and falling oil prices, the company must also contend with the servicing of its international debt obligations arising out of these two bonds. The company has met these obligations.

Despite this, Petrotrin has never been a burden to the State and in fact contributes annually between TT $2.0 to $5.0 Billion directly to the national coffers, and indirectly through employees taxes to the state, support for a wide network of contract services and by being the principal source of employment for a wide community of contractors and service providers.

All the analysis shows that the way forward for the company is to increase crude oil and gas production and that can come from Petrotrin’s own efforts as well as from ventures such as its Lease Operatorship, Farmout, Incremental Production Service Contract (IPSC) and Joint Venture programmes.

Improved production is also expected to be realised from the company’s Trinmar Operations, and more specifically, from the Jubilee field and the ongoing South West Soldado project. These projects will take time to yield maximum benefits.

Additionally, the company is scheduled to retain additional drilling capacity in both its Land and Trinmar Operations from 2015 January to improve its production and reserves position.

In the interim, Petrotrin must tightly control cost. To do otherwise would be to endanger the company. We must not kill “the goose that laid the golden egg”.

Petrotrin has tremendous potential for increasing its oil production and is actively pursuing multiple initiatives in this regard. It has started to put in place the building blocks to achieve this potential.

By 2014 end May, the company had acquired 540 square kilometers of 3D seismic data in its Trinmar and North Marine acreages in fulfilment of its new licence obligations and in its ongoing thrust to explore for and exploit the resources entrusted to it by the state.Further, the company had also acquired the largest 3D seismic data set on Land over its licensed acreage, 312 square kilometers and is actively pursuing exploration and development drilling leads in that regard. The combined cost of the Land and Trinmar 3D seismic data set is $0.8 Billion TT

There are further plans for developmental drilling on land and in Trinmar in 2015. In addition, the flag ship South West Soldado project is well advanced. The project comprises three (3) phases, with total Capital Expenditure (Capex) over the next five (5) years estimated at approximately TT$3.5 billion. Phase 1, which is currently in implementation mode, is estimated to cost approximately TT$2.3 Billion Capex. It is estimated that incremental production from SWS of approximately 6,000 bopd will be realised by end 2015.

Overall, it must be recognized that the company is at a sensitive stage in the implementation of its turnaround plans. Its revenues have been impacted by falling oil prices and falling refinery margins. At the same time it must service its debt especially the debt arising out of the two international bonds of 2007 and 2009.

Petrotrin is one of this country’s major employers with some 4,300 permanent employees and 1,200 temporary workers on its payroll. The company supports a pensioner base inclusive of spouses and beneficiaries of about 5400 persons. The company runs a medical system for employees, retirees and their dependents totaling some 25, 000 persons and provides support for numerous sporting and cultural groups around the country.

Thank you very much."