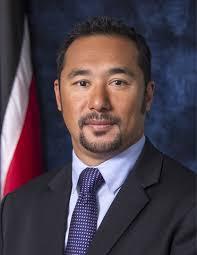 On behalf of the Government of Trinidad and Tobago, Minister of National Security the Honourable Stuart Young  welcomes Professor Francisco Tumbi and Mrs. Kebebush Welkema, a two member team from the United Nations International Narcotics Control Board (INCB), to this country.

The INCB Team will be visiting Trinidad and Tobago over the period Wednesday 11 September to Friday 13 September  2019.

During their visit the members will meet with officials from the Ministry of National Security including the Acting Chief of Defence Staff, Trinidad and Tobago Defence Force, Colonel Darnley Wyke and Commissioner of Police, Trinidad and Tobago Police Service, Mr. Gary Griffith. The two-member team will also hold talks with representatives of other agencies whose work impacts national security and public safety.

Trinidad and Tobago will have the benefit of expert advice on the control of pharmaceuticals, mechanisms for controlling the diversion of chemicals to the manufacture of drugs, while ensuring that this country is fully compliant with the scheduling of drugs and that local treatment systems are satisfactory.

The functions of the INCB are laid down in the following Conventions to which Trinidad and Tobago is signatory:

The Board of the INCB undertakes dialogue with Governments in order to further the aims of the treaties and maintains ongoing discussions to strengthen the legislative framework, particularly concerning psychotropic substances and to improve coordination of the national drug control efforts. Such dialogue is pursued through regular consultations and through missions arranged in agreement with the Governments concerned.
The Ministry of National Security values the opportunity to interact with the members of the International Narcotics Control Board (INCB) and looks forward to a productive engagement with the team.