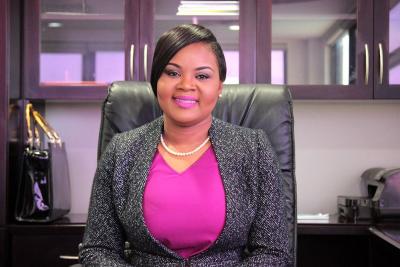 On June 28, 2018, the Honourable Shamfa Cudjoe, Minister of Sport and Youth Affairs, along with other Ministry officials including Deputy Permanent Secretary (ag) Denise Arneaud, Director of Physical Education and Sport, Patrice Charles and Assistant Director of Physical Education and Sport, Gabre McTair, met with the President of the Trinidad and Tobago Volleyball Federation (TTVF), Nicole Selvon and Vice President, Vaughn Martin, in response to The Federation’s email request of June 22, 2018.

At the meeting, the Federation informed the MSYA that the Continental Governing Body for the sport of volleyball, the North, Central America and Caribbean Confederation (NORCECA), had donated eight (8) airline tickets to the team toward its participation in the Pan-American Cup, which was scheduled to take place from July 6 -15, 2018. The TTVF was at the time seeking support in the amount of $150,000 from the MSYA, to cover the outstanding cost of participation of the National Senior Female Volleyball team in the competition and to this end, the Ministry provided $121,000.

The TTVF further apprised the Minister that in October 2017, this team qualified for the Federation Internationale de Volleyball (FIVB) Women’s World Championship, which is scheduled to be held in Japan in October 2017. However, the Minister learned that since then, the Federation was yet to submit a formal request for funding assistance, although they had been advised by the former Minister of Sport and Youth Affairs, the Honourable Darryl Smith, to treat with such a request in a timely manner.  In the same vein, Minister Cudjoe encouraged the TTVF to urgently formalize its request to the MSYA for funding assistance.

Consequentially, on July 24, 2018, the Federation presented its request via email accompanied by an apology for the tardiness of the submission. Since then, the MSYA has been in constant communication with the Federation regarding its commitment to assist with funding toward participation at this Championship. The Executives of the Federation have also worked with the MSYA and SPORTT to fine tune the details of its proposal and the request now stands at $500,000, of which the MSYA has committed to provide support in the amount of $450,000.00. The Federation has received $11,000 to date, to assist with registration and visa fees. The remaining $439,000 will be paid to the Federation within the next week.

Guided by the Ministry’s Policy Values of integrity, transparency and accountability, the Honourable Minister of Sport and Youth Affairs and the MSYA are reminding all NGBs and sporting bodies of the importance of making prompt submissions in regard of all assistance required in each fiscal year. This would facilitate the appropriate and timely consideration of these proposals and collaboration towards an early determination of any assistance that may be provided.

The Ministry of Sport and Youth Affairs continues to play a crucial role in providing support to NGBs and athletes, as well as in contributing to the holistic development of sport and enhanced sporting achievements in Trinidad and Tobago.  Likewise, the Ministry is committed to enhancing meaningful relationships with all stakeholders, towards the advancement of sport in Trinidad and Tobago, in keeping with the vision of the National Sport Policy 2017-2027.