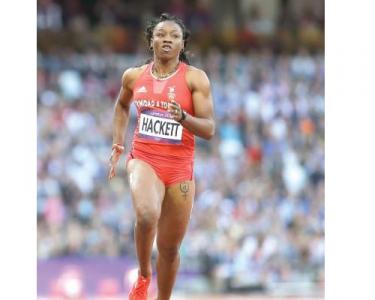 Sport Minister, Anil Roberts is demanding better answers from the National Association of Athletics Administrators (NAAA) on the issue of the "Semoy Hackett debacle".

Hackett, who had been banned after being found guilty of using illegal game enhancing drugs, was recently sent to Moscow as part of the national team representing the country at the World Championship Games.

During a press conference at his Ministry, Roberts said it was a sad day for the country when a situation that should have been avoided was not and continued to question if the proper processes had been followed by the NAAA in its selection.

Government he stated has a zero tolerance policy towards doping or cheating in all areas of sport. He noted that this in fact was one of the few issues both the Opposition and Government had readily agreed on.

Roberts further questioned the fact the NAAA claimed to have received permission from the International Association of Athletics Federation (IAAF) via letter.

"This is the first time in history an athlete, who has been banned for using dope, for cheating was even considered or sent to represent the country. How can this be run of the mill or every day," he queried.

Roberts said he was not happy with the answers given by the Association and concluded the conference by indicating that another will be held soon after. The media he said would be provided with the questions and answers "verbatim" from today's meeting with the NAAA.

Hackett has been tested positive twice for the use of banned substances. She had been handed down a "retroactive ban" and was allowed to compete at the London Olympics in July.

However, she tested positive again for the same drug in November 2012 and was handed a provisional suspension by the NAAA disciplinary panel.