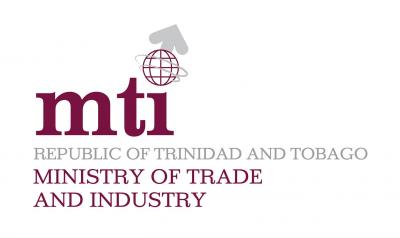 The Minister of Trade and Industry has noted the recommendation made by the Leader of the Opposition for the removal of Import Duties and VAT on Basic Food Items as part of the Opposition’s Economic Manifesto Plan.

Over the period 2015-2020, the Ministry of Trade and Industry (MTI) has successfully obtained CARICOM approval for the suspension of the Common External Tariff (CET) on a range of a basic food items including, milk, sugar, oil, cheese, corn beef, canned herrings, tuna, mackerel, sardines, pasta, infant formula and juices. This means that all importers already pay zero import duties for the imports of said items.

In addition, since 2016 the Government of Trinidad and Tobago undertook an aggressive rationalization of the Value Added Tax (VAT) regime in Trinidad and Tobago. As a consequence of this exercise, the rate of VAT on standard rated items was reduced from 15% to 12.5% in 2016 (Legal Notice No. 17 of 2016) bringing further relief to consumers by enhancing their purchasing power.  In addition, as a result of this exercise the vast majority of basic food and essential items remained zero-rated, meaning that no VAT is currently charged or payable on such items and hence are already VAT free which all consumers would be able to see on any supermarket bill. According to Schedule 2 of the Value Added Tax Act, some of the basic food items that are currently zero-rated include rice (parboiled and brown), flour (all-purpose and wheat), pasta (uncooked or unstuffed), cheese (cheddar and rennet free) milk (including infant formula and substitutes, evaporated and powdered), bread (white and whole wheat), corned beef, sardines, smoked herring. The complete list of zero-rated items can be accessed on the Ministry of Finance’s website (www.finance.gov.tt).

Trinidad and Tobago has also recently obtained approval from the Secretary General of the Caribbean Community (CARICOM) for the suspension of the Common External Tariff (CET) on a specific list of Pharmaceuticals. The suspension which was implemented nationally via Legal Notices Nos 77 and 78 dated 22 April 2020, expires on 30 April 2021 will allow for citizens to access affordable medication through reduced prices.

In addition, the suspension of the CET or customs duties on Pharmaceuticals covers over one thousand (1,000) products not produced regionally. The list of Pharmaceuticals which can be accessed on the Ministry of Trade and Industry’s website (www.tradeind.gov.tt), was developed through extensive consultations between the Ministries of Trade and Industry, Health, and Finance, along with the Customs and Excise Division and the private sector.

Members of the national community are advised that the cumulative costs of the above measures in terms of revenue forgone are in the hundreds of millions per annum which is a significant concession at this time given the fiscal constraints faced by the Government of Trinidad and Tobago since 2015.

The above proactive measures of the GORTT at this time has also directly contributed to Trinidad and Tobago experiencing the lowest rates of inflation since 2015. According to the Central Bank of Trinidad and Tobago, the rate of food inflation in 2019 stood at only 1% when compared with the average increase of 11% during the period 2010-2015.

The Ministry of Trade and Industry will continue to collaborate with other Ministries and the private sector to implement policies aimed at ensuring price stability, adequate and reliable supply of basic goods, preservation of the country’s economic stability and business continuity despite the challenges presented by COVID-19.