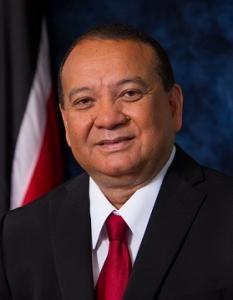 Reference is made to the article titled, “ Never Again”  published June 28th, 2020 in the Sunday Express by Mr. Maraj, in which he made several uninformed and misleading pronouncements on Government’s Renewable Energy Policy. Mr. Maraj is neither qualified or possesses any expertise in the area of renewable energy.  However, he continues to purport himself as a pioneer of the Renewable Energy narrative and as an energy expert.

As Minister of Energy and Energy Industries, I cannot allow such misinformation to remain uncorrected in the public domain. I therefore submit for publication a factual account of Government Renewable Energy Policies and Strategies and correction of the misinformation that characterized Maraj’s Article.

The misinformation includes the claim that Covid -19 forced Government into Renewable Energy, that there is an absence of a Renewable Energy Policy and investment and  that plants at Point Lisas have been shut down due to gas curtailment.

I shall deal with these misleading claims sequentially, commencing with the inference relating to Covid-19. It is widely known that this Government, at its very first Budget at the commencement of this Administration, Fiscal 2015/2016, took the very bold initiative to set a Target of 10% Renewable Energy power Generation by 2021.

This was in keeping with Government’s commitment “to establishing an enabling environment to facilitate the use of Renewable Energy for power generation”, as articulated in the Draft National Development Strategy 2016-2030 Vision 2030.

A number of countries globally, have accelerated their efforts in exploring the potential of its exploitable indigenous resources, such as solar, wind and geothermal; and, by extension, continue to explore the various Renewable Energy Technologies. To a large extent, such efforts arose out of the 2016 Paris Accord on Climate Change. In 2018, the Government ratified the Paris Agreement with a commitment to produce 10% or power from renewable energy by 2021 and to reduce to reduce cumulative greenhouse gas emissions by 15 per cent from industry, power generation and the transport sector by 2030 from a business as usual baseline.

In keeping with its developmental strategy in its 2030 Vision Government with the assistance of the European Union, developed a Renewable Energy Roadmap and Implementation Plan, not only to achieve our National Target but also our international Target, signified by our commitment to the Paris Agreement, to achieve a 15% reduction in our Greenhouse Gas (GHG) emissions in our three (3) major emitting Sectors - power generation, industrial and transportation.

From a policy perspective, key elements of the roadmap include the establishment of the Renewable Energy Division in the Ministry of Energy and Energy Industries in 2017 and in the near future the activation of a Feed-in-Tariff Policy Framework, Energy Efficiency and Energy Conservation Policy and an Integrated Resource and Resilience Plan for Trinidad and Tobago.

As regards investment in clean energy, in fiscal 2018 the Government sought the Expressions of Interest (EOI) from qualified Developers with in-depth experience in RE Projects for the supply of up to 130 MW of Electricity Generation from Wind and/or Solar PV. In February 2020, the Hon. Prime Minister announced the winning Consortium - Shell Trinidad and Tobago Limited, BP Alternative Energy Trinidad and Tobago Limited and Lightsource Renewable Global Development Limited as the preferred Bidders. This was followed by a London meeting with the Prime Minister and Chief Executive Officer BP, Mr. Bernard Looney, where the commitment to a carbon neutral energy economy was discussed. The launch of the RE project was delayed by the Covid-19.

In March 2020, Cabinet appointed an Inter-Agency Steering Committee (SC) to oversee the overall development and execution of this Landmark Project.  The Committee is actively engaging with the Consortium, with a view to implementing this Project within the projected timeline of March 2022. Essentially, this Project will be the largest in the Region, signaling a major game changer with the rates being comparable with subsidized electricity rates.

Other potential investments in clean energy for the near term include the installation of solar energy systems in public utilities and rural communities, which are to be funded by grant funds from the United Arab Emirates and the European Union.

There is no shortage of natural gas at this point as the issues relating to a shortage of gas has been resolved.  There is a pipeline of upstream projects, which will ensure that there is adequate natural gas supply for all sectors in the short to medium term.

Recently, a natural gas value chain study was initiated to develop a Natural Gas Master Plan 2030. The intent is to implement changes in the policies, structure, regulation and governance of the gas value chain in T&T, which sustains a strong gas industry while maximizing the value to the country from its gas resources, infrastructure and industries over a 10-year planning horizon to 2030.

The closure of the plants except for Yara has been related to the international market dynamics in the methanol and ammonia industry.  In addition, the situation is seen to be a temporary one, with the plants to be restarted in the last quarter of 2020, once global demand picks up.

The domestic petrochemical and export LNG market is a method of diversification in the industry, ensuring that Trinidad and Tobago has an alternate revenue stream to weather the volatility of the markets.

The above initiatives are just part of the spectrum of major Renewable Energy and Energy Efficiency initiatives being pursued and facilitated by this Government.

The MEEI continues to engage and collaborate with its many local, Regional and International partners, seeking out and endorsing initiatives, with a view to ensuring that we create the ‘right’ enabling environment, learning from those who would have progressed before us. Our intention is to aggressively pursue the development of the necessary Policies, Regulatory and Legislative Frameworks as we make our contribution to reducing our carbon footprint.

All of which, major tenets of creating that enabling environment to propel a Renewable Energy Sector in Trinidad and Tobago.

All of these projects and initiatives was referenced by our Honourable Prime Minister during the recently concluded Energy Efficiency and Renewables Conference. However, it must be borne in mind that this is not a quick fix situation. It has to be a structured and timely process. Trinidad and Tobago generates 100% of its power from natural gas - the cleanest of fossil fuels.  The power producers (TGU, Trinity and Powergen) have take-or-pay contracts with T&TEC, which means that even though you don’t take the power produced, you have to pay. Because of this, the introduction of renewable energy has to be carefully phased into the national grid.