Public Admin. response to a call for absence from work on Friday 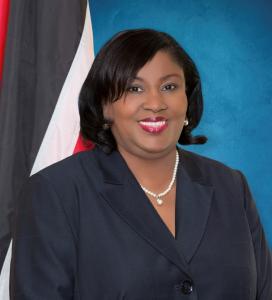 The Minister of Public Administration, the Honourable Marlene Mc Donald wishes to draw attention to the call being made by a number of Labour Leaders appealing to their members in particular and the public as a whole to stay away from their jobs on Friday September 7th, 2018.

The Minister wishes to discourage citizens from taking such irresponsible and injudicious action and in particular to remind Public Service employees that, as a rule, persons employed in the essential services are prohibited from withholding their services whether or not in sympathy with institutions in which they are not employed.

Such employees include Members of the Defence Force, the Public, Prison, Fire and Teaching Services and Central Bank employees. Should any of these prohibited employees breach the provisions of the Industrial Relations Act (IRA) they are subject to fine and imprisonment.

Public Servants are reminded that, in spite of the prevailing adverse economic circumstances which the Government has had to face since its return to office three years ago, in keeping with the tenets of good Industrial Relations Practice, Government has only recently had to borrow approximately five (5) billion dollars to honour the commitment imposed upon the current PNM Administration by the previous regime, on the eve of the 2015 General Elections,  to liquidate arrears of salaries and other emoluments due to Public Servants. The Government willingly and wholeheartedly discharged that responsibility.

In addition, Government has been sparing no effort to protect the jobs of Public Servants and others resulting in the fact that, unlike other neighbouring countries, there has been no retrenchment in the Public Service of Trinidad and Tobago.

Public Servants who stay away from their jobs without authorisation in response to irrational and irresponsible calls from certain Labour Leaders run the risk of being recorded as absent from work without pay.