The proclamation of the Anti-Gang Act, 2018 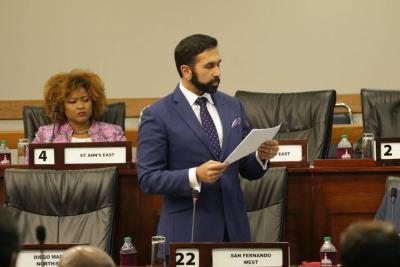 The Government is pleased to inform that Cabinet yesterday gave instructions to Her Excellency the President to proclaim the much anticipated Anti-Gang Act, 2018.

This Act is one of several legislative measures that have been undertaken to buttress the criminal justice system and assist law enforcement in its fight against crime.

The Act was passed in the Parliament on May 4th 2018 and thereafter assented by Her Excellency the President on May 15th 2018.

The Act did not come into force on the date of assent on account of Section 2, the commencement section, which provides that the Act shall come into operation upon Proclamation. As such, the Government immediately commenced the process of consultation to ensure readiness by the key stakeholders for implementation of the Act.

The population is reminded of the necessity of such consultation before proclamation as the country should never have to return to the evident bungled and disastrous proclamation of legislation as happened under the UNC Kamla Persad Bissessar led government as for example occurred in:

(i) the proclamation of the former Anti-Gang legislation which through lack of readiness in the Police Service resulted in millions of dollars in payments by the state for wrongful arrest in the failed state of emergency;

(ii) the as yet inexplicable proclamation by the UNC of the now infamous s. 34 of the Administration of Justice (Indictable Proceedings) Act, 2011 which resulted in millions of dollars in legal and other fees paid by the State;

(iii) the proclamation by the UNC of aspects of the Childrens package of laws which required the existence of Child Rehabilitation Centers when in fact none existed resulting in a UNC Attorney General suing the PNM led government for the failure to have Child Rehabilitation Centers under law proclaimed by the UNC government itself. This too resulted in millions of dollars in payments by the state which could have been avoided.

In all the circumstances this Government was therefore keen to ensure that only upon official consultation and confirmation by stakeholders that instructions were issued for proclamation of the Anti-Gang legislation.

After reminders as to urgency emanating from the Office of the Attorney General, the Commissioner of Police informed by way of letter dated May 23rd 2018 that the Trinidad and Tobago Police Service supports the immediate proclamation of the Act and that the Organised Crime and Intelligence Unit (OCIU) is in a position to take a leadership role in pursuit of criminal gangs and the prosecution of the members and leaders of such gangs. And, by way of letter dated May 24th 2018, the Judiciary informed that it had no objection to the Government proceeding to proclaim the Act.

In the interest of time, these responses were received electronically and the Government immediately proceeded on Friday May 25th 2018 to satisfy all necessary formalities towards officially instructing Her Excellency the President to proclaim the Anti-Gang Act, 2018 with effect from Monday May 28th 2018.

The Government has done all in its power to ensure that this critical legislative intervention is effected with urgency for the benefit of all citizens of Trinidad and Tobago.