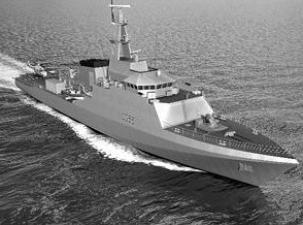 The nation can feel duly proud and relieved on the historic and successful settlement of the OPV arbitration which has resulted in the payment of close to $1.4 billion ($1.39 billion) to the people of Trinidad and Tobago. This is a significant and important legal victory for our nation in many ways.

The government assumed office in May 2010, it inherited an OPV project that was riddled with difficulties:

·      there were major issues and deficiencies with the OPVs

·      Overall, there were serious obstacles to the proper execution and implementation of this project.

The former administration tolerated and accepted the unreasonable and inordinate delays. I was of the view that while the government should respect and honour its contractual commitments, we should equally insist on compliance with the contract by BAE consistent with the country’s rights under the OPV contract.

The government took a strong stand in this matter: i was not prepared to compromise the nation’s interest any further. We refused to sign a supplemental agreement negotiated by the former administration that would have had the effect of condoning the prolonged delay in exchange for liquidated damages.

Today, I feel vindicated by the decision I took, as we have been able to repel a $700 million claim against our country and emerge victorious with a settlement of $1.4 billion.

While many appear to be shell-shocked by the positive result – we are not. There is no “secret deal”, or hidden, undisclosed, future cost or supplemental agreement; the $1.4 billion represents full and final settlement without the government having to pay any money to BAE.

The settlement will not only mean that we will be able to repay the OPV loans we inherited but shall also provide a surplus $340 million which can be utilized for the benefit and upliftment of our people.

When I instructed the Honourable Attorney General to fight this arbitration, I did so with the full knowledge that Trinidad and Tobago, as a small country, was about to take on one of the largest and most powerful military defence corporations in the world. I was, however, guided by the principles of law, truth and fairness and firm belief in our competence to settle the matter in our nation’s favour.

While critics poured scorn on the fact that we dared to challenge an international military organisation, Trinidad and Tobago can stand proud today that your government successfully defended the nation’s rights.

This isn’t a political victory; it is an undeniably positive result for every citizen.

I am proud and satisfied that this matter has been amicably resolved and wish to pay tribute to the Attorney General, Anand Ramlogan, for his dedication and commitment to this matter. He played an important role throughout and appeared as a witness for Trinidad and Tobago in the arbitration.

I also wish to thank the dedicated public officers and members of the Defence Force who stood with the government for our country in this hour of need. Without their support, this result would not have been possible.

I express my gratitude to the Cabinet as well for the unity, strength and vision in this matter. Our commitment to the pursuit of justice has once again been vindicated and the national interest has been best served.