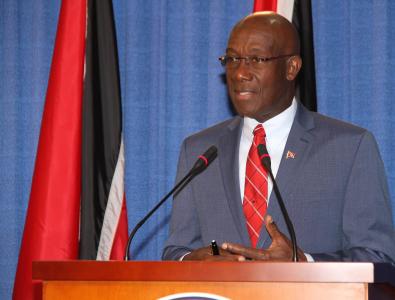 Acting Prime Minister and Minister of Finance the Honourable Colm Imbert said Dr Rowley will undergo a second round of testing on Saturday March 9, 2019 and a third round next week Monday March 11, 2019.

Dr Rowley left for Los Angeles, California on March 5, 2019 to undergo a series of medical tests.

It has become necessary for the Prime Minister to undergo the tests due to a coronary issue which was first discovered in 2016.

Dr Rowley said he currently suffers no symptoms which hamper his ability to perform his duties. However his doctors, who have attended to him for the last 25 years in California, have asked him to prioritize his annual medical examination.