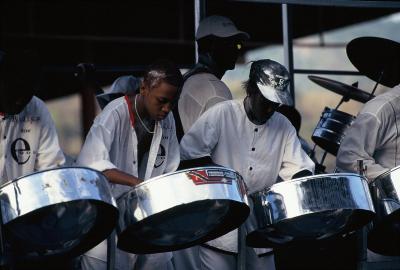 December 04, 2014: In a media statement the National Carnival Commission has announced that Panorama 2015 will be launched in December.

The launch will take place at the Queen’s Park Savannah's car park in Port of Spain, on December 28 from 4 pm to 12 midnight.

Several of the country’s top steel orchestras will be in attendance at the event, which is themed, “Reaching for the Stars... Pan in Ecstasy”.

The cost of admission to this event will be $100 and patrons are asked to walk with their coolers.

This event heralds the official start of Carnival 2015 with the first competition, the Northern Region National Single Pan Preliminaries, takes place at the Paddock, Queen’s Park Savannah, Port of Spain, on January 16, from 6 pm, leading up to the National Semi Finals on January 31 and February 1, 2015, respectively, at the Queen’s Park Savannah, Port of Spain.