PANCAP to Present Awards of Excellence at 13th AGM 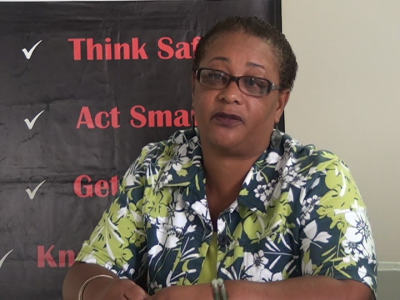 A key highlight of the Official Opening is the conferral of the PANCAP Awards. This year, awards will be bestowed on two individuals who have made significant contributions to the Caribbean regional response to HIV and AIDS at the national and regional levels: Mrs. Julie Frampton, National AIDS Programme Manager, Dominica and Dr. Gerard van Osch, Medical Practitioner, Sint Maarten.

Ms Frampton is a registered nurse midwife and family nurse practitioner with over thirty years’ experience in primary health care, community nursing and the implementation of HIV and AIDS strategies. She has coordinated the national response for HIV and AIDS in Dominica for the past ten years, and was recently recognised by the Dominica Nurses Association for her contributions to the organisation during her time as its president. Presently, she sits on the Country Coordinating Mechanism, the OECS Regional Coordinating Mechanism. Mrs Frampton has spearheaded the HIV response with zeal and passion to minimise the negative impact of HIV on the people of Dominica and the region. She has also served as secretary and vice chair of the Caribbean Coalition of National AIDS Programme Coordinators.

Dr van Osch worked as a volunteer physician at Machakos District Hospital in Kenya and with Medecins Sans Frontieres in the war-stricken South of Sudan. He also worked as military physician with the Multinational Force and Observers in the Sinai, Egypt before moving to St. Maarten. Working in a private clinic, he encountered HIV patients, and in early 1990, he founded the AIDS Committee. The AIDS Committee, which initiated awareness and prevention projects as well as support activities for people living with HIV, was later renamed St. Maarten AIDS Foundation. Dr van Osch teaches clinical medicine to medical students at the American University of the Caribbean, and is a member of SAFE, an LGBT organization. Dr. van Osch has  received the Paul Harris Rotary decoration, the first Elton Jones Memorial Award and the Dutch Royal decoration as Knight of the Order of Oranje Nassau for his continued tireless dedication.

Inaugurated in 2010, the objectives of the PANCAP Awards are to give prominence to the issues related to HIV and AIDS; provide recognition to and incentive for outstanding work in the  field of HIV and AIDS; and promote the work of PANCAP as the lead coordinating entity on HIV and AIDS in the region.

The  three day meeting which ends on 5 November 2014, is being held under the theme “Positioning the Partnership for Post-2015,”. Approximately 100 representatives drawn from Caribbean governments and Civil Society have confirmed their participation.

PANCAP is a sixty-two member Partnership which was established by CARICOM Heads of Government in 2001 to respond to the HIV and AIDS epidemic in the Caribbean.