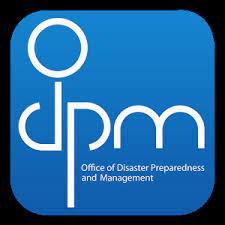 From the commencement of the National Disaster Prevention and Preparedness Month in May, to the recent conclusion of the Hurricane Season on November 30th, the Office of Disaster Preparedness and Management (ODPM) has been preparing citizens for approaching adverse weather. While unfortunately some persons suffered damage and losses, in the main, we must be thankful that our nation did not experience a major disaster during the 2021 Hurricane Season.

The ODPM, however, was kept very busy leading several initiatives, one of which was the development of a draft National Disaster Debris Management Plan (NDDMP), in partnership with Miyamoto International. The draft NDDMP was presented on Wednesday 24th November, 2021, by the consultant Mr. Ronald Roach, to officials of the ODPM and the Ministry of Rural Development and Local Government Disaster Management Units (DMUs) and Public Health Departments, following a series of consultations held with a technical committee.

Reliving the flood events that swept through areas of this country earlier this year, as well as in 2018 and 2017, participants considered the potential exponential increase in the volume of debris that would be generated after a major hazard event. They also considered the roles and responsibilities of agencies involved in collecting, sorting, transporting and disposal of the debris. These plans are vitally important to Trinidad and Tobago, as we join with the rest of the world to grapple with more frequent and destructive hazard events as a result of climate change.

Examples of the types of debris that may be generated after a disaster include trees, construction materials, animal carcasses, sediment and electronic waste. Hence, without a robust plan, disaster debris can severely impact emergency response and recovery efforts, as well as overwhelm local solid waste management personnel and facilities.

This situation has been observed in many parts of the globe that have experienced disasters, with the seminal event being the effects of Hurricane Katrina on the United States in 2005, where over 118 million cubic yards of debris was said to be generated (FEMA, 2007), as well as the 2011 Christchurch Earthquake in New Zealand which generated over 29 million cubic yards of debris (International Journal of Disaster Risk Reduction, June 2017).

While therefore the Debris Management Plan is one of the outputs of the ongoing Prepare TT, earthquake urban resiliency project, it is an essential component of any successful disaster response and recovery programme. This project is being funded by the United States Agency for International Development, Bureau of Humanitarian Assistance (USAID/BHA).

The plan will also be presented to the Tobago Emergency Management Agency (TEMA), and subsequently, further consultations will be held with additional stakeholders responsible for debris management in Trinidad and Tobago.

As the national plan is being finalised, the ODPM encourages community groups to be proactive, to commence planning to identify sites for waste disposal, and to develop plans to manage waste in the event a major disaster occurs. Planning can expedite the removal of waste during and after an incident, which can reduce personal injury, dangers of fire, disease vectors, while identifying waste management opportunities and strategies. Employing such a holistic approach can quicken the recovery process and bolster our nation’s disaster resilience.