Nine per cent rise in new HIV infections in Caribbean 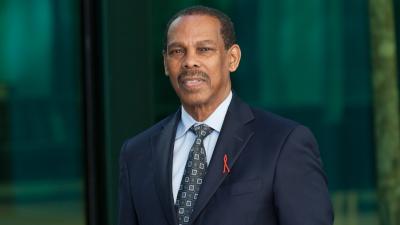 July 22, 2016: This was the view of the United Nations Secretary-General Special Envoy for HIV in the Caribbean, Dr Edward Greene who was speaking from Durban, South Africa, where more than 18,000 scientists, practitioners and members of civil society are meeting at the 21st International AIDS Conference.

Dr. Greene was referring to the recent 2016 Prevention Gap report issued by the Joint United Nations Programme on HIV/AIDS (UNAIDS) just before the Conference began on 18 July. That report shows that after years of steady decline, the Caribbean saw a nine per cent rise in new infections between 2010 and 2015 and only Eastern Europe and Central Asia with a rate of 57 per cent had a higher increase.

Elaborating on the situation for the Caribbean, Dr Greene said that it was necessary for a thorough analysis of the causes and direction of the prevention gap. Based on his close monitoring of developments in the region, he identified the possible causes as: inadequate attention to testing and treatment, including late testing of people with HIV; lack of care centres, and decrease in the rates of retention of infected people in care. These he said were compounded by equity in access to care especially for the vulnerable populations including men who have sex with men, sex workers, transgender people, those who inject drugs and prisoners.