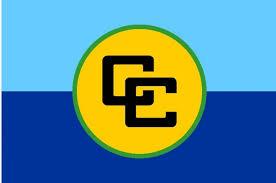 Caption: Headquarters of the Caribbean Community (CARICOM), Guyana. (Photo Courtesy: caricom.org)
May 20, 2014:
Port of Spain: At the Seventeenth Meeting of the Council for Foreign and Community Relations, held on 20th - 21st May, 2014 in Georgetown, Guyana the Minister of Foreign Affairs of New Zealand, the Honourable Murray McCully announced his county’s intention to ratify the Arms Trade Treaty (ATT) and use its vote to support Trinidad and Tobago’s bid to host the Secretariat for the Arms Trade Treaty.
The Arms Trade Treaty establishes common international standards for the movement of conventional arms and ammunition across borders. Trinidad and Tobago has made a formal offer to host the Secretariat of the ATT as it was among the States which championed the adoption of a strong, robust and effective ATT and is well aware of the negative impact the illicit trade in small arms and light weapons has on Trinidad and Tobago and the wider CARICOM and Caribbean region.
In the wake of the announcement by the Foreign Minister of New Zealand, the Honourable Winston Dookeran, Minister of Foreign Affairs thanked Minister McCully for expressing his county’s support for Trinidad and Tobago’s bid to host the Secretariat. Minister of Foreign Affairs of Guyana, the Honourable Carolyn Rodrigues-Birkett also thanked Minister McCully on behalf of the Community.
END
For further information, please contact:
Communications Unit
Ministry of Foreign Affairs
Tel: 868-623-6894
Prime Minister co-chairs US/Caribbean Energy Security Action Committee
Trinidad and Tobago COVID-19 (Novel Coronavirus) Update #1130
Minister Robinson-Regis advises citizens to beware of scammers
Cabinet Approves the Addition of the Monkeypox Virus to the list of Dangerous Infectious Disease in Trinidad and Tobago
Trade Ministry disappointed with actions of retailers