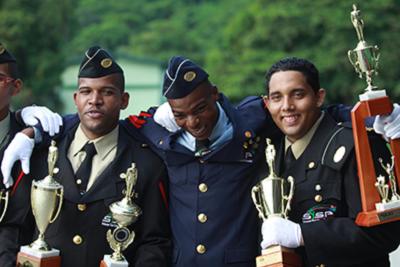 The Military-Led Youth Programme of Apprenticeship and Reorientation Training (MYPART) will now fall under the purview of the Minister of Tertiary Education and Skills Training, Fazal Karim after it was recently re-assigned from the Ministry of National Security.

The announcement was made by Director of the Military-Led Academic Training (MILAT) Programme, Major Michael Celestine during a recent graduation ceremony of participants of both programmes.

The event took place at the Teteron Barracks, Chaguaramas.

The military-run programmes were first initiated in 2007 to address issues relating to at risk youth and were managed by the Trinidad and Tobago Defence Force.

“I wish to announce the formal departure of the MYPART from the schedule of youth programmes of the Ministry of National Security and its reassignment to the Ministry of Tertiary Education and Skills Training,” Celestine said.

He assured that MYPART’s “core values, intent and structure that currently exist will remain as the main pillars for the programme's success.”
The MILAT programme focuses on academic studies at the level of CSEC, while MYPART places emphasis on technical trades, craft skills and culinary arts.