The MOWT responds to statements made by UNC Senator Anita Haynes 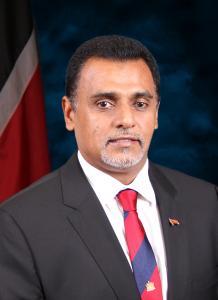 In response a to statement issued by UNC Senator Anita Haynes on March 12th 2019 entitled “UNC calls on Government to ban airlines use the Boeing 737 Max 8 and halt procurement of fleet of aircraft after fatal crash”, the Ministry of Works and Transport (MOWT) wishes to highlight some key points that should be taken into consideration.

In the first instance, the MOWT continues to be guided by the Trinidad and Tobago Civil Aviation Authority (TTCAA) which is mindful of the information being circulated in the public domain. The TTCAA notes from media reports that the accident is being actively investigated by the relevant authorities.

As such, neither the MOWT nor the TTCAA can engage in speculation over the cause of the accident or take premature action until it has reason to believe that the safety of the Boeing 737 Max 8 flight is compromised.

It is important to note that the Federal Aviation Administration (FAA) of the United States signalled their confidence in the safety of the Boeing 737 MAX jetliner. The FAA issued a global notice of “continued airworthiness” conveying that, there isn’t conclusive evidence so far to link the loss of the Ethiopian Airlines 737 MAX 8 on Sunday to the fatal Lion Air disaster involving the same jet model in October 2018.

The Ministry encourages the public to be guided by facts and not irresponsible, emotional rhetoric and wishes to emphasize that the safety of all citizens and commuters to Trinidad and Tobago will remain a top priority in the procurement of air vessels.

It is important to note that Caribbean Airlines (CAL) is not currently flying the aircraft model in question. CAL’s current fleet comprises Boeing 737-800s which are among the safest airplanes in the world, as expressed by Minister of Finance, the Honourable Colm Imbert.

The Ministry of Works and Transport will continue to monitor the ongoing investigation and update the public on any developments on this matter.