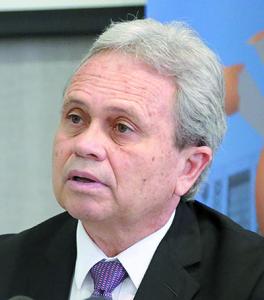 Moody’s Investors Services recently published (on Monday July 15, 2019) an in-depth analysis of the Trinidad and Tobago economy and the Government’s approach to fiscal management.

As found by Moody’s, our current achievements are:

-  After almost a decade of stagnation, the Trinidad and Tobago economy began to stabilize in late 2017 and expanded in 2018. It is expected that the recovery will broaden over the next two years.

- Economic growth is projected at 1.5%-2.5% in 2019-2020, which is supportive of Trinidad’s economic strength.The Government has achieved current account surpluses which support low external vulnerability.

-Trinidad and Tobago’s fiscal position will remain broadly stable, with fiscal deficits between 2.5% and 3.5% of GDP, over the next two to three years.

- As a result of stable and moderate deficits, Government debt is expected to stabilize at around 63% of GDP over the next two years

- The Government maintains a sizeable financial buffer in the Heritage and Stabilization Fund (HSF), which as of September 2018 stood at US$5.97 billion (or roughly 27% of GDP), underpinning Moody’s assessment of fiscal strength (note - the Net Asset Value of the HSF in July 2019 had increased to US$6.2 billion).

- The Government has demonstrated effective policymaking in the restructuring of Petrotrin into Trinidad Petroleum, which otherwise could have devolved into a potentially hazardous political and fiscal situation.

- Trinidad Petroleum has secured financing to repay Petrotrin’s upcoming bond maturity in August 2019, and the Government will not have to provide a guarantee. Heritage Petroleum, the Trinidad Petroleum subsidiary that now possesses Petrotrin’s E&P assets, is expected to be profitable. This reverses the previous trend where Petrotrin was a drag on the fiscal accounts.

- In 2019-2020, the non-energy sector is expected to return to growth, gas output to stabilize and oil production to increase.

- Trinidad and Tobago’s energy forecast includes gas production around current levels, which balances increased production from new gas fields and declining production at existing fields. While oil production is currently declining, growth is expected in the second half of 2019 and 2020 based on the restructuring of Petrotrin and planned private investments.

-  Natural gas production has been on the rise, growing 8.1% in 2018 from new fields coming onstream. This is the direct result of two projects - Juniper and TROC - that started producing in mid-2017. Additional output from a third project, Starfish, began in May 2018, as well as an extension of the Dolphin Phase 3 project, which began production in August 2018. Output was further boosted after the Angelin field started production in February 2019. Projects coming online in 2020 include Shell's Barracuda and EOG Resources' Toucan 4(a) contingent exploration project. As of February 2019, natural gas production was 4 billion cubic feet per day (9% year-on-year growth).

- As a result of the tax reform, royalties doubled in 2018 compared with the previous year. The Government also increased the tax rate applied to commercial banks, to 35% from 30%, and the base tax rate for companies to 30% from 25%.