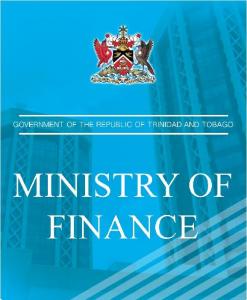 Today, May 22nd 2020, Moody’s has confirmed Trinidad and Tobago’s rating at Ba1, one of the highest in the Caribbean region. In a series of rating decisions that have seen a number of oil and gas exporting countries downgraded all over the world, Moody’s has simply changed the outlook to negative.

‘Moody’s decision to keep the rating of Trinidad and Tobago unchanged is a testimony to the resilience of the country, in the face of unprecedented shocks’ says Minister Imbert. The Covid crisis combined with the collapse of oil prices have led rating agencies to change the rating of a very large number of countries.

The shock-absorption capacity of Trinidad and Tobago has been enhanced by a bold and pro-active policy response. The rating stability owes in good part to the track record of the government, which responded to the previous oil shock post 2015 in a way that, according to Moody’s, exceeded its expectations.

It is the intention of the government to continue to preserve what underpins Moody’s credit rating; the sizable fiscal buffers, low liquidity risk and limited external vulnerabilities. ‘Each of them protect the population of Trinidad and Tobago throughout exceptionally adverse global circumstances’ adds Minister Imbert.