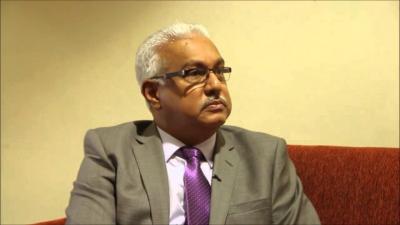 The Ministry of Health (MoH) has taken note of the updates issued by key International and Regional Health Organisations regarding increased cases of the Dengue virus throughout the Caribbean Region. In Trinidad and Tobago, the MoH continues to proactively implement steps designed to monitor the prevalence of the disease and reduce the Aedes aegypti mosquito population, which is known to carry and transmit the Dengue virus.

The MoH has put in place a series of enhanced measures designed to reduce mosquito breeding and prevent the spread of the virus, such as the use of a Geographic Information System (GIS) to plot all arbovirus disease cases. This, in conjunction with information from various work stations across the country, has allowed members of the Insect Vector Control Division (IVCD) to identify and apply greater focus on high risk areas which historically record high incidences of the disease.

During the period 2014 to 2018, the implementation of the Arbovirus Integrated Management Strategy for Vector Control resulted in a noteworthy reduction of suspected dengue cases by 87.5%. The IVCD has also embarked on an aggressive campaign to reduce mosquito breeding and the spread of mosquito borne diseases through the ongoing, larviciding, adulticiding, source reduction, and health education/community participation. These activities are done routinely throughout the year with approximately three to four cycles of perifocal work being completed annually.

Additionally, a school spraying programme during the Easter Vacation period is being implemented to ensure that pre-schools, primary schools and secondary schools are sprayed. Increased perifocal work will also be conducted at key ports of entry.

The Ministry of Health, through a series of media engagements (radio and television interviews) and the use of online communications channels, will continue to advise the public of their role in reducing mosquito breeding sites and restricting the spread of vector borne diseases. Citizens are urged to ensure that potential breeding locations, including flower pot saucers, vases, tyres, buckets, barrels, plastic drums and water storage containers are regularly cleaned, removed, turned over or treated to support the Ministry’s source reduction efforts. The public is further advised to protect themselves and their family from mosquito bites by: