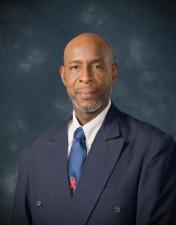 The Government of Trinidad and Tobago has provided every opportunity to the Highway Re-Route Movement group and Dr. Wayne Kublalsingh to present their objections and concerns regarding the extension of the Solomon Hochoy Highway to Pt. Fortin. The Honourable Prime Minister Mrs. Kamla Persad-Bissessar along with the then Minister of Works and Infrastructure, Mr. Jack Warner and other ministers met with Dr. Wayne Kublalsingh and his group on 16th March 2012. At the conclusion of that meeting the Honourable Prime Minister gave the assurance that the Debe to Mon Desir portion of the highway would be put on hold until the technical investigations were concluded and the opinions of the movement considered.

On 18th April 2012, the then Minister of Works and Infrastructure the Honourable Jack Warner and a team from the Ministry along with members of the Environmental Management Agency and NIDCO led by its President, Dr. Carlson Charles met with Dr. Kublalsingh and members of the Highway Re-route Movement, at which they were given an opportunity to be part of the technical discussion.
The matters raised by the Re-route Movement were addressed and considered by the technical team. Consistent with the assurance given by the Honourable Prime Minister, at a further meeting with the group on 18th June 2012, presentations and a formal report were made to them identifying how the highway development would consider all areas of concern that they had raised.

The Highway Re-route Movement rejected the presentations made, and continued to block portions of the highway where works had begun. They were advised that actions which prevented the contractors from doing their work would cost the country millions of dollars, and given that all their concerns were taken into account and adjustments made to modify the plans and minimise any impact on communities, the project needed to proceed.

It was underscored that the project will connect the highway to the major communities of Golconda, Debe, Penal, San Francique, Siparia, Fyzabad, Mon Desir, La Brea, Pt. Fortin and San Fernando bringing business and major development to these areas.

At this stage, several months have gone by since the Minister of Works and Infrastructure along with NIDCO advised the Prime Minister that all obligations had been met regarding discussions, technical analyses and adjustments to the extension of the Solomon Hochoy Highway. The Honourable Minister of Works and Infrastructure, Emmanuel George, expressed his regret that the Highway Re-route Movement remained undeterred despite the meetings, discussions and compromises made pursuant to their demands. The Minister indicated that while it is the Government’s philosophy to always allow open discussion and interaction to take place with all stakeholders in the society, there comes a time after this process has occurred, and all views taken into consideration, that decisions must be made and action taken for the good of the country.

In any event, the Highway Re-route Movement has filed a case raising the very issues and these are now therefore the subject of judicial consideration by the High Court. In that matter the Re-route Movement is represented by Mr. Ramesh Lawrence Maharaj SC, while the Government is represented by Mr. Russell Martineau SC. The matter is therefore now sub judice, and in that regard, any meeting between the government and the Group would be inadvisable if not inappropriate.

The Group has sought recourse and can seek redress from the Court for any of its grievances as is its right.

For its part the Government is committed to the rule of law, and is prepared to let the Court deal with and determine these matters.