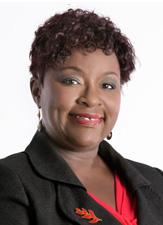 Planning and Development Minister Camille Robinson-Regis has categorically dismissed the allegations of Opposition MP Dr. Bhoe Tewarie that the proposed retrenchment of staff at the Chaguaramas Development Authority is a “red herring” which follows on this administration’s failure to implement plans put in place un­der his tenure for the de­vel­op­ment of the Ch­aguara­mas penin­su­la from 2012 to 2015. His allegations can be answered with one question: Why did he not implement his own plans when he had the Ministerial opportunity and financial wherewithal to do so?

The truth is that it is the disastrous tenure of Dr. Tewarie and his previous Board of Directors that has placed the CDA in this parlous position, where it must now, in the execution of its fiduciary responsibility, take urgent corrective action to preserve its assets and manage its manpower, so that the optimal organizational structure is achieved.

It was under Dr. Tewarie’s reign that the CDA’s staff complement ballooned by 51 % in size from 132 to 200, and the security department in particular by 158%, from 24 to 62. Moreover, the scandals of facilitated land grabs for which his tenure has become famous, disqualifies Dr. Tewarie from commenting with any credibility on this situation.

The incontrovertible fact is that the CDA currently earns far less revenue than it spends, with a staff complement that is 51% higher than the agreed establishment, and which consumes 77% of the earned revenue. Mindful of this position and of its legal responsibilities, the CDA has sought to engage in discussions with the three (3) representing trade unions with membership amongst the staff, namely, the Estate Police Association (EPA), the Public Services Association (PSA), and the National Union of Government and Federated Workers (NUGFW).

The decision of the Board has therefore only been to engage in consultation with the representing unions to find a resolution to the issue of payment of salaries that would allow the CDA to survive these turbulent financial times and to move towards a strong economic position. This decision is reflected in three letters to the respective Unions and in all subsequent discussions. Minister Robinson-Regis has mandated the Board of Directors to continue the discussions with the Unions until the impasse is either resolved bilaterally, or requires the intervention of a third party.

In the interim, she has noted the Board’s agreement with the Management’s urgent request to protect the Authority’s assets and secure its staff, and its approval of the engagement of two additional private security officers to be located at the CDA’s Chaguaramas Head Office compound.

Finally, Minister Robinson-Regis wishes to challenge Dr. Tewarie to account publicly for his tenure at the CDA, as she is prepared to account for her own. Furthermore, Minister Robinson-Regis calls on all others who declare an interest in resolving the current issues at the CDA, to return to the discussion table where, in a manner befitting the gravity of the situation, the proper engagement can occur.