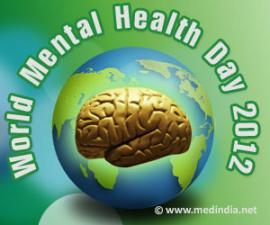 The Ministry of Health joins the rest of the global community in observing the 20th anniversary of World Mental Health Day on October 10th 2012.  This year the World Health Organization has aptly chosen the theme, ‘Depression – A Global Crisis’.  Depression, which is classified as a Mood Disorder, has increased in prevalence over the past ten (10) years.  Depression is a significant contributor to the global burden of disease and affects people in all communities across the world. Internationally, depression affects 350 million persons.  The World Mental Health Survey conducted in 17 countries found that on average about 1 in 20 people reported having an episode of depression.

Our country is certainly not immune.  As many of you would recall, earlier this year I indicated that approximately one quarter of our population, or 1 in 4 persons, is afflicted by mental illness. Mood disorders such as depression account for 30% of the reported cases of mental illness in Trinidad and Tobago.  The last Global School Health Survey (2007) conducted in Trinidad and Tobago revealed that 21.5 % of students felt sad or hopeless almost every day to the extent that they stopped doing their usual activities.  Hopefully, these statistics will raise the level of awareness among our population of the seriousness of mental disorders.

Depression is a common mental disorder that presents with depressed mood, loss of interest or pleasure, decreased energy, feelings of guilt or low self-worth, disturbed sleep or appetite, and poor concentration. Moreover, depression often comes with symptoms of anxiety. These problems can become chronic or recurrent and lead to substantial impairments in an individual’s ability to take care of his or her everyday responsibilities. Anyone who is living with depression, especially if it is chronic or recurring, can feel exhausted, overwhelmed and helpless. These feelings can often make one want to give up. Recognizing that these negative thoughts are part of depression is one step toward recovery.

I assure you, depression is real.  At its worst, depression can lead to suicide. Almost 1 million lives are lost yearly due to suicide, which translates to 3,000 suicide deaths every day.  For these reasons, depression is the leading cause of disability worldwide in terms of total years lost due to disability.  Research conducted by the World Health Organization (WHO) has shown that persons who receive treatment for depression at the primary care level, have recovered six (6) months faster than those who were hospitalized. Despite the known effectiveness of treatment, only 10% of persons suffering from depression actually access treatment.

A recent World Health Assembly called on the World Health Organization and its member states to take action in this direction (WHO, 2012).  I wish to assure you that the Government of the Republic of Trinidad and Tobago is committed to taking action to reduce the incidence of depression.  The Ministry of Health has begun the integration of mental health care into primary care to increase the opportunities for early detection and prevention.  The following measures are being implemented to improve on mental health care, increase the services delivered through community and primary health care, and to make mental health care more accessible to an increased number of nationals:

v  The review the Mental Health Act to incorporate recent developments in mental health care. The

v  updated bill will be laid in parliament in early 2013;

v  The offer of a more holistic programme at each mental health care unit;

v  The development of policies and programmes to incorporate mental health care into community and primary health care;

v  The training of additional resources to treat with mental illness; and

v  Ongoing educational initiatives to increase the awareness of what mental health is, the determinants of mental health and the services and support available to the public.

The Ministry of Health recently launched a National Mental Health Awareness campaign. This educational drive has been conducted through the use of drama, and print, electronic and social media.  The Ministry of Health is also working with the Pan American Health Organization/World Health Organization (PAHO/WHO) and Non-Governmental Organizations in its fight against mental health stigma and discrimination.  In October 2011, the Ministry launched its Workplace Mental Health Policy for internal staff and is committed to working towards developing and maintaining a healthy organization which places high value on both the physical and mental health of all its employees. These two initiatives will help to sensitize and educate both staff and the national population about mental health and remove the taboo that has clouded this illness in our society.

For World Mental Health Day, the Ministry of Health calls on all citizens to educate yourselves about depression and support those who are suffering from this mental disorder.  There is hope of recovery from depression.  This hope can come from treatment, especially if accessed early.  Please contact the St Ann’s Hospital, the Pembroke Street Mental Health and Wellness Centre, the Barataria Community Mental Health and Wellness Centre or your nearest community health centre for additional information, or to access mental health services for your loved ones.  Be part of the solution in the fight against depression.