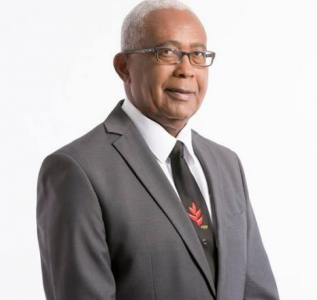 The Honourable Anthony Garcia, Minister of Education says there is absolutely no squabbling between the Ministry of Education and the teachers of the Edinburgh Government Primary School as to whether or not the school is fit for reopening. A media report today stated that there is contention between the two parties, which is a cause of growing concern among parents about the state of their childrens’ education.

According to the Occupational Safety and Health Authority and Agency (OSHA) report, the findings of the report conclude that the school is fit for occupation and the teachers Refusal to Work was unjustified. OSHA Inspectors visited the school on several occasions late last year to investigate the claims made by teachers of pigeon droppings, eye, skin and respiratory ailments and poor air quality on the compound. Concerning the first issue of pigeon droppings, officers from the Public Health Inspectorate visited the school on Tuesday 12th November, 2019 and conducted an inspection of the compound where it was observed that the pigeon droppings had been eradicated and there was no evidence of such. They said the nylon, wire mesh pigeon proofing, which was installed throughout the internal and external perimeter of the school, prevented the pigeons from gaining access to the compound and roosting in the eaves, cantilevers and on the spotlights. A report was later issued stating that the school was fit for occupation.

Regarding the other complaint by teachers experiencing skin, eye and respiratory ailments, the Occupational Safety and Health Authority and Agency, (OSHA) ruled that the teachers’ complaints were unjustified under Section 15 of the OSH Act.

On the third matter of air quality, during their inspection of the school, OSHA personnel saw evidence that the school buildings were sanitised and sterilised by Century 21 Janitorial Services and Rentokil Initial (Trinidad) Limited, on October 22nd, 2019 and in November 2019 respectively. OSHA officials concluded that in keeping with Section 15 of the OSHA Act, there was no serious and imminent danger to the teachers’ health and therefore their complaints were unjustified.

Other extensive works were completed in the school such as the removal and installing of new sections of ceiling, repairs and sealing of leaks on galvanise roof and the replacement of discoloured bathroom tiles in the students’ washrooms.

Teachers received a copy of the OSHA report this week, which facilitated the reopening of school. Twenty-seven (27) out of twenty-nine (29) teachers reported for duty today, Friday 10th January, 2020, with the school operating at full capacity.