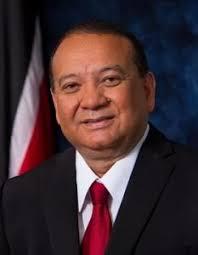 It is my pleasure to participate in today’s (Monday June 25, 2019) signing of a new Gas Sales Term Sheet between the National Gas Company of Trinidad and Tobago Limited (NGC) and Shell Trinidad.

The signing of the Gas Sales Term Sheet has a wide significance as there is now greater certainty in the gas supply to the downstream industries. This is no mean achievement. As is well known, when we took office in 2015 we found an untenable situation in which negotiations for expiring natural gas contracts with Upstream Operators were either deferred or were unattended to, and which if not expeditiously dealt would have threatened the viability of the downstream industries.

It took a new Board of Directors, ably led by the outgoing Chairman, Professor Gerry Brooks and with the support of the Honourable Prime Minister to bring a level of stability and assurance to the downstream industry. In 2017, the Honourable Prime Minister brokered the arrangement, which led to the NGC executing gas supply contracts with both BPTT and EOG Resources Limited.

Today’s signing of a Gas Sales Term Sheet is the culmination of an initiative taken by the Honourable Prime Minister. In April 2018, a Team led by the Honourable Prime Minister met with Senior Executives of Shell in London to discuss revenue accruing from the sale of LNG and other gas related issues. This signing will complement other contracts executed with BPTT, EOG and BHP.

Arising from that meeting was a commitment by Shell to substantial investment in the upstream operations to ensure an assured and improved supply of natural gas. Shell provided a positive update of their upstream developments and indicated that production from the Starfish Field in its ECMA development would soon be on stream. In keeping with its commitment, there has been a re-activation of its Starfish and Dolphin Fields and development work is projected to raise Shell’s production by 276Mmcf/d. Shell’s gas production which averaged 500Mmcf/d in 2017 has peaked in 2019 at 750Mmcf/d. This impacted on the overall gas supply, which has been as high 3.9Bcf per day in some months of 2019. In the immediate future there are plans to break on stream on new production from its Barracuda Project in block 5c and the Colibri Project comprising Blocks NCMA 4 and Block 22. These new developments will serve to maintain current production and enable it to meet both its domestic and LNG commitments.

As in the case of the gas supply contracts negotiated by NGC with the upstream gas producers natural gas prices would be higher than that in the expiring contract and would also be market driven. As a consequence, the gas prices to the downstream petrochemical plants at Point Lisas will have to increase. This is no secret as all downstream operators are aware the upstream companies have demanded a higher gas price that is concomitant with the risk they take and the level of investments that they make.

In order to mitigate this situation, the NGC has significantly reduced its margins and has been engaging its downstream customers on strategies aimed at the optimal utilization of natural gas. The downstream companies also have a responsibility to optimize the efficiency of their operations and thereby reduce the rate of conversion of natural gas. It is those companies that innovate, and invest, that will remain competitive and so meet the challenges that face the industry of the future.

As a Government, we take the long-term view rather than short term and see innovation as a means of ensuring the sustainability of the industry. We are prepared to partner with the industry on practical and innovative ways to facilitate its growth and sustainability.

Notwithstanding the challenging environment, we are encouraged by the downstream companies that have taken on board the new pricing arrangements namely CNC, Nutrien and N2000 all of which have executed agreements with the NGC for the supply of gas. We are confident that those companies, whose contracts expire by December 2019, will come to agreement with the NGC on new gas supply contracts. Hopefully, this will put an end to the discourse on the role of the NGC as the aggregator for gas for downstream industries.

The National Gas Company Group of Companies comprises the parent, the National Gas Company of Trinidad and Tobago Limited (NGC); its main operating companies, National Energy Corporation of Trinidad and Tobago Limited (National Energy), and Phoenix Park Gas Processors Limited (PPGPL); and twenty-five (25) wholly or partially owned subsidiaries and non-operating ventures in energy and related businesses. It is a principal state entity in the energy landscape and contributes significantly to the Government’s income by means of taxes and dividends.

As the Line Minister for the NGC, I endorse the role that the NGC plays and will continue to play as aggregator.

The NGC story is remarkable and is an unrivalled success. This year marks forty-four (44) years that the NGC has been in the gas business. From its humble origin as a mid-stream energy company involved in the purchasing, transmission and sale of natural gas; the NGC, has evolved into a mega-company, with assets exceeding TT$43Bn; and, activities which includes the marketing of LNG, the expansion of the utilization of CNG as a transportation fuel, the development of Port and Industrial Estates and upstream gas and oil production.

As a premier state energy company, NGC is strategic to the Government’s economic policy and will continue to play a major role in the development/sustenance of gas-based industries in the domestic energy sector. The company also has a major role to play in securing of supplies of gas from cross border fields and Venezuelan gas.

NGC has been an enduring and viable company due to its ability to overcome and surmount challenges that it faced. The resolve that the company has demonstrated in the past will be required as the Global Gas Industry has now settled into a period of relatively low gas prices and which to a large extent, are due to the advent of Shale Gas in the US. This has changed the market dynamics. The market adjustments go straight to the bottom line of the NGC, which by recent performance has started to feel the effects of the global gas market adjustments. However, I am confident that the company will prevail.

A Gas Sales Agreement between the NGC and Shell is just one of the components of a Heads of Agreement (HOA) that was executed between Shell and the Government on May 29, 2019 in The Hague, Netherlands. The HOA recognizes the rights of the parties to an equitable sharing of the revenue accruing from the exploitation of the country’s hydrocarbon resources. As resource owner, Trinidad and Tobago stands to benefit from increased gas production and a pricing mechanism that ensures a fair return to the shareholders. The HOA is a win-win arrangement as Shell as investor is also projected to receive a fair return on its investment and security of tenure with respect to terms of its production sharing contracts.

In closing, I wish to commend the Board of Directors of NGC, Members of the Government Empowered Team, which include Mr. Mark Loquan, President, NGC and the Honourable Prime Minister whose stewardship ensured that we kept on course and arrived at a mutually satisfactory outcome.

I also wish to thank the Members of the Shell Team for their professional manner in which they approached the negotiations and look forward to a speedy conclusion of the definitive agreements, including the Final Gas Sales Agreement with the NGC.

At this juncture, I wish to publicly thank Professor Gerry Brooks, as the Line Minister for State Energy Enterprises and on behalf of the Cabinet, and Government of the Republic of Trinidad and Tobago for his invaluable contribution to the NGC Group.

Professor, please accept our sincere appreciation for your dedication and the great job you accomplished during your tenure as Chairman of the NGC Group and we wish you well in your future endeavours.