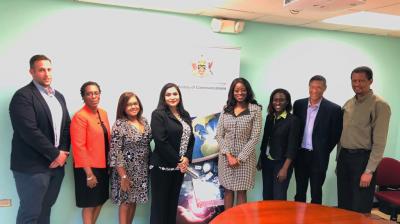 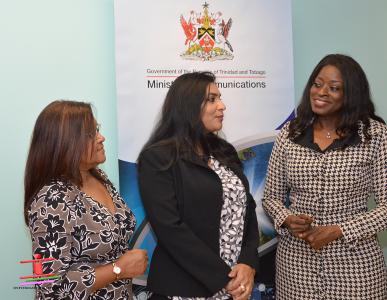 Minister of Communications, Senator the Honourable Donna Cox reiterated the Government’s commitment to meaningful partnerships with the media during her meeting with members of the Trinidad and Tobago Publishers & Broadcasters Association (TTPBA).

She told the team which included TTPBA’s president, Kiran Maharaj, that she recognises the need for closer collaboration between the Association and the Government. She said she is confident that they will work in the interest of the citizens of Trinidad and Tobago.

“We are interested in maintaining good relations with you, our stakeholder. We want to ensure that everyone is treated fairly,” Minister Cox said.

There is a need, she stressed, for public interest information to be disseminated to citizens all across Trinidad and Tobago. Against this background, Minister Cox asked the media owners and managers to work with the Government to close this communication gap.

Maharaj agreed on the need for media houses to share information which is of public interest even as she explained that the media is operating in a rapidly changing environment. She said today’s meeting was welcomed because it is a bridge being built between the Ministry and the Association.

The TTPBA promised to send a number of proposals to the Minister and both parties committed to keeping the lines of communication open. The meeting was held yesterday, 17 February 2020 at the Ministry of Communications Head Office, Morvant.