Machel Montano among Honourees at UWI Fundraising Gala in NY 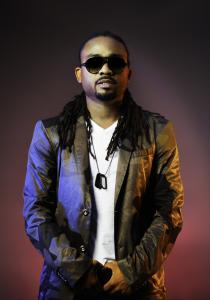 January 21, 2016: Trinidad and Tobago Soca Artiste, Machel Montano is among the 2016 honourees at the Annual Legacy Awards Gala of the American Foundation for The University of West Indies (AFUWI), a registered US charity. The New York City, black-tie event, carded for February 24, is AFUWI’s signature event. Now in its 19th year, proceeds from the Gala provide an average of 50 scholarships annually for students across The UWI’s four campuses.

The awards honour notable individuals from the US and Caribbean, all of whom represent high levels of achievement within their respective fields. Montano will receive The ‘Robert “Bob” Nesta Marley Award’, given to an individual/group for their contribution to society and to the advancement of arts and culture, transcending race, colour, creed and geographies; to unite people worldwide in a spirit that embodies the essence of the music and lyrics of Bob Marley. Previous recipients of the award have included Jimmy Cliff, Danny Glover, Judith Jamison, Spike Lee, and Jessye Norman.

Receiving the ‘AFUWI Lifetime Achievement Award’ is Dr Harold Freeman, CEO, President and Founder of the Harold P. Freeman Patient Navigation Institute in New York as well as Professor Emeritus of Surgery at Columbia University. Freeman has spent much of his career exploring the causes of cancer and higher mortality rates among African Americans and reducing the race and income related disparities in health care. In 1979, Freeman established two free breast and cervical cancer screening centres in Harlem and is also well-known for a landmark report titled "Cancer in the Economically Disadvantaged”.

Chief Information Officer at GE Healthcare Global Services, Daphne Jones, will receive the Caribbean ‘Luminary Award’. This award is given to individuals of Caribbean heritage who, through their efforts and contribution to community have been able to shine a global spotlight on issues impacting the Caribbean. Meanwhile, President of the Jordan Brand, a division of Nike Inc., Larry Miller, will be presented with the ‘Trailblazer Award’ given to deserving individuals recognised as pioneers in their respective fields. Directors of the Phillip & Christine Gore Family Foundation, Phillip Gore and Christine Gore will both receive the ‘Vice-Chancellor’s Achievement Award’ for outstanding contributions to their organizations, companies and society. Liquid Soul’s, CEO and Principal, Tirrell Whittley, will receive the AFUWI ‘Corporate Award’, in recognition of the company’s commitment to multiculturalism, inclusiveness, diversity and exemplary corporate citizenship.

The Gala continues to attract the support and attention of a diverse range of American and Caribbean entities and organisations as well as distinguished and influential persons who have graciously served on the Honorary Committee. This list includes Wynton Marsalis, Colin Powell, Spike Lee, Maya Angelou, Denis O’Brien and Malcolm Gladwell. This year’s awards will be held under the auspices of Honorary Patron, Dr the Hon. Harry Belafonte, O.J.  Entertainer and activist, Danny Glover, serves as Honorary Gala chair, while former New York City Mayor, David Dinkins, is Honorary Dinner Chair. Kaye Foster is this year’s Dinner Patron and past awardee Paxton Baker is the Gala Chair.

The fundraising Gala begins with a reception and auction at 6:00 pm, followed by the dinner and programme from 7:00 pm. Tickets start at $500 USD and can be reserved until February 10, 2016.  To reserve or purchase tickets, and for further information, please contact Ann-Marie Grant, Executive Director, American Foundation for The University of the West Indies at 212-759-9345 or amgrant@afuwi.org or visit http://www.afuwi.org

The American Foundation for the University of the West Indies (AFUWI) was established in 1956 to develop an endowment fund in the United States for The University of the West Indies (The UWI). Over the past decades, AFUWI has provided scholarships and grants and funded many special projects to foster the development of the University of the West Indies. The original patrons of the Foundation included such distinguished individuals as Former First Lady Eleanor Roosevelt and Her Royal Highness, Princess Alice. Today, AFUWI patrons include actor and songwriter Dr Harry Belafonte; Nobel Laureate Derek Walcott; and Former Secretary of State Colin Powell, individuals that are committed to creating increased educational opportunities for generations of West Indian people to come.

The University of The West Indies