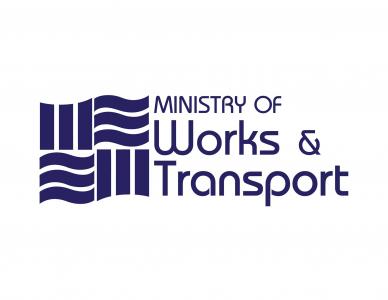 In 2011 Cabinet approved the construction of a fly over at the intersection of the Southern Main Road (SMR) and the Churchill Roosevelt Highway (CRH) along with ancillary works to facilitate the free flow of traffic on the CHR between the SMR and the Uriah Butler Highway.
On July 25, 2013, Cabinet agreed to the acquisition of an estimated 22 parcels of land required forthe construction of the Curepe Interchange. The parcels of land have since been updated to 37 and include properties that are residential, commercial, agricultural, state owned or privately owned. As the public is aware, the acquisition of land is crucial for the successful implementation of this project. The acquisition process is guided by the Land Acquisition Act and has been marred by many challenges for the Government of Trinidad and Tobago.
Over the past four (4) years the Ministry of Works and Transport has exercised constraint and patience with the residents who have failed to submit reasonable claims for compensation. According to the Commissioner of Valuations Division, residents have submitted claims that are 300% higher than the official value of their properties, and very few claims have been submitted with sufficient supporting evidence to justify the claims being made.

The residents have utilised many delay tactics to prevent the Land Acquisition process from progressing. The residents have fired their own legal representatives and requested more time to engage new attorneys. They have asked for time to make applications to the Town and Country Planning Division (TCPD) for a change of use for their lands in order to escalate their values. Where such application was denied, they requested additional time to pursue appeals to the said TCPD. They have even asked for time in order to celebrate religious holidays etc. This process is ongoing since 2013 and no effort was spared to arrive at an amicable resolution with just a small fraction of the residents.
Despite these setbacks, the Ministry has refrained from exercising its powers of possession under the previous Section 4 Orders, to allow the residents sufficient time to complete their negotiations. To date, the Ministry has exhausted all possible avenues to allow for just and reasonable solutions to reach a mutually beneficial settlement. The Ministry has allowed two sets of Section 4 Orders to lapse in order to give the residents the time to negotiate their claims.
Despite serving new Section 4 Notices to residents in May and December of 2018, the Ministry continued dialogue with residents and their legal representatives with the aim of finding a just and reasonable solution to the pending problems. Fully aware that the residents had difficulty accepting the valuations submitted by the office of the Commissioner of Valuations for their respective properties, the Ministry engaged an independent valuer at its own cost who reviewed all offers submitted by the residents and the office of the Commissioner of Valuations. The report showed that the offers submitted by the Commissioner of Valuations were within current market rates.
The Ministry of Works and Transport has given the residents ample time to comply with the law and vacate their premises. Given its contractual obligations and the risk of having to pay costs to the contractor to the tune of millions of dollars, the Ministry is left with no choice but to invoke the only option available to it under the Land Acquisition Act to further the interest of the national community in the provision of improved road networks. Further delays on the project will cost the state millions of dollars, as well as untold lost hours in productivity.
As of January 8, 2019, the Minister of Works and Transport will now exercise his powers under the Land Acquisition Act to sign warrants and forward same to the Marshall of the High Court today, ordering that the 5 remaining residents be put out of possession of their properties. The Ministry is compelled to address the needs of the many commuters frustrated by traffic congestion on a daily basis.
When implemented, this project will bring much needed relief to thousands of motorists who travel along the Churchill Roosevelt Highway and will generate major activity in the construction sector. Bearing all of these positives in mind, it stands to reason that the Ministry cannot allow itself or the people of Trinidad and Tobago who’s interests it represents to be held to ransom.