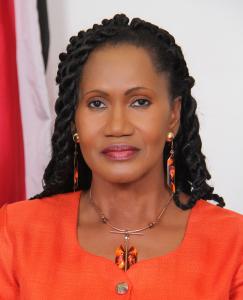 January 9, 2017: The Minister of Labour and Small Enterprise Development, Senator the Honourable Jennifer Baptiste-Primus will address the Media at the Ministry’s Head Office, Level 6, Tower C, International Waterfront Centre at 12:30 p.m. today, Monday, January 9, 2017. A representative of your Media House is invited to cover this event.

On Sunday, January 8, 2017 the Minister of Labour met with representatives of the Executive of the Oilfield Workers Trade Union (OWTU) led by President General Ancel Roget and the negotiating Team of the Petroleum Company of Trinidad and Tobago (Petrotrin) led by President, Fitzroy Harewood, to continue conciliation talks between the two parties. These talks were adjourned at 4:30 p.m. to allow both parties made their way to the Industrial Court to continue conciliation proceedings on the collective bargaining period 2011- 2014-15.

Conciliation talks resumed at the Ministry of Labour shortly after 7:00 p.m. where the initial offer, which was presented to the Union of 0-0-0 was replaced with an “interim offer of 3%”. This offer was rejected by the OWTU. The Management of Petrotrin returned to the discussions with an improved offer of 5% and a mandate to conclude negotiations by February 28, 2017.
Discussions between the two parties are on-going.