Irresponsible statement by the Opposition on immigration and border security matters 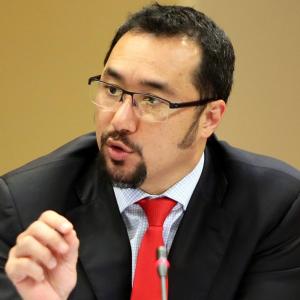 The Minister of National Security, the Honourable Stuart R. Young, M.P., refutes and corrects the suggestion by the Opposition Member of Parliament for Tabaquite that Trinidad and Tobago’s borders are being left unmanned and that it is a “free for all” for illegal immigrants to cross our borders or that Immigration Officers are ignoring their duties and responsibilities to secure our borders.

As the facts will show, in the past few months, there has been an increase in the border security operations taking place and this has led to a reduction in the porous nature of our borders.

The attempt by the Member of Parliament for Tabaquite to use a quote by the Acting Chief Immigration Officer in a Joint Select Committee hearing as she was describing the high number of persons being held at the Immigration Detention Centre (IDC) and the fact that there is limited room at this facility, as a declaration that Immigration would no longer uphold the law and would allow illegal immigrants into our borders, is a desperate attempt by the Opposition to create panic.

The TTCG, TTPS and Immigration will continue to protect our borders and to deal with the difficulties associated with illegal immigrants.

The Ministry of National Security is currently working on a policy to deal with Venezuelan Citizens who are in Trinidad and Tobago, some of whom are here illegally, by requiring them to register with the authorities, in the first instance. The policy will also provide for Venezuelans to work legally for a period of time. This process is expected to be approved and commenced shortly.

The various bodies charged with the responsibility for border security have been discussing various inter-agency solutions for dealing with the numbers of persons being detained as illegal immigrants, including using and declaring for use, certain prison facilities not being used.

The Minister of National Security assures that border security is a priority and is being dealt with at a multi-agency level.