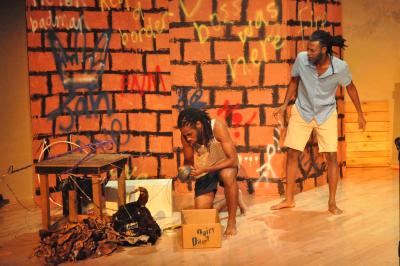 For 2019, there have been some changes to the format of the programme where the preliminary round was replaced to allow for more tutoring and preparation time for the groups.  Dr. the Honourable Nyan Gadsby-Dolly, Minister of Community Development, Culture and the Arts said, “Although the competition is known for its strong competitive element, this year, greater emphasis was placed on developing the participants and the groups. After each performance the judges provided feedback to the cast; thus giving groups the opportunity to understand what went well and areas for improvement.”

The top three winners will have an opportunity to perform their plays during CARIFESTA XIV to be held in August. “This is a unique and rare opportunity for some groups as the best of Best Village will perform in the biggest regional Festival of the Arts, affording them regional and international exposure” said Minister Gadsby-Dolly.