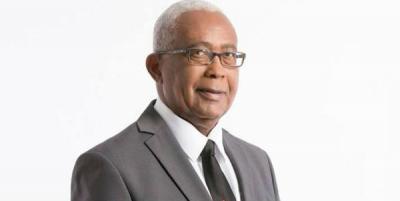 July 22, 2016: The Honourable Anthony Garcia, Minister of Education is promising to collaboratively work with all involved in the school textbook industry concerning the provision and purchase of textbooks in the country. He made this statement subsequent to a fruitful and cordial meeting with members of the Book Industry Organisation of Trinidad and Tobago (BIOTT) at the Ministry of Education’s Head Office, Alexandra Street, St. Clair. Minister Garcia is assuring the population that the problems and errors will be rectified, as the Government moves towards improving the quality of education for the nation’s children.

He said, “I’m very happy with the stance that has been taken by the publishers who are willing to work with the Ministry of Education. They recognise that there were some challenges and we have decided that we are going to move beyond that.”

Recently, it was brought to light that some textbooks which were presumed to be the property of the Ministry of Education were purchased, through bookstores, by members of the public. However, after discussions with the publishers it was found that the excess supply of textbooks were covered with adhesive and re-sold so as to prevent monetary loss. This created the perception that books belonging to the Ministry of Education were being sold which formed part of the Textbook Rental Programme.

Both parties agreed that this was not an acceptable practice and promised to further discuss and dialogue on the matter and to enter into proper contractual arrangements which governs the obligations, rights and responsibilities of each party and the relevant stakeholders.

BIOTT’s President, Rico Charran was pleased with the meeting’s outcome and the Ministry’s objective and satisfied that the matter can be amicably resolved. He said, “We were able to understand each other’s position and we were able to discern a way to work together. Minister Garcia has been straightforward, very open and very honest.”

Minister Garcia said he is willing to facilitate a meeting with Education Facilities Company Limited (EFCL) as the present liaison with publishers.