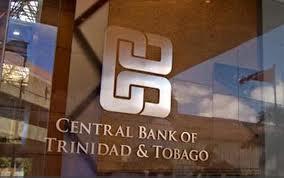 June 7, 2014: The Central Bank of Trinidad and Tobago sold US$50 million to authorized dealers on June 5th 2014 according to a release issued on June 6, 2014 by the financial institution.

This move according to the release was made to support conversions by the energy companies expected to take place in the latter part of the month as these companies meet their quarterly tax obligations.

The release further stated that "demand is projected at around US$525 million in June, but energy companies are anticipated to convert most of their US$475 million in supplies in the second half of the month, creating a shortfall of around US$50 million which is being fully covered in advance by this sale."

The Central Bank sold $US250 million to authorized dealers in May of this year.

For the year-to-date, the Central Bank has injected US$660 million into the financial system, US$130 million more than the corresponding period in 2013, the release stated.

The Central Bank, in the release, extended assurance to the country and the business community that there are enough foreign exchange reserves, which stand at US$10.2 billion, to cover imports for just over one year.

The Bank will continue to monitor conditions in the domestic foreign exchange market, and take action, if necessary.