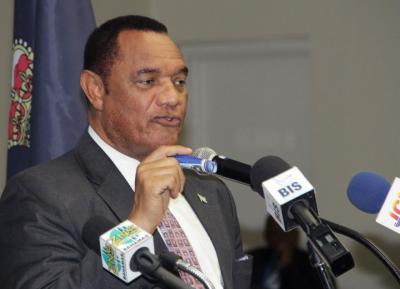 February 18, 2015: (CARICOM Secretariat, Turkeyen, Greater Georgetown, Guyana)     CARICOM Chairman, Prime Minister Rt. Hon. Perry Christie of The Bahamas has said the Caribbean Community is extremely concerned that the results of the preliminary count of Monday’s general elections in St. Kitts and Nevis has not been officially declared, and he has called on the Supervisor of Elections to do so without further delay.

In a Statement issued on Tuesday February 17, 2015, the CARICOM Chairman also called on all concerned to fulfil their obligations in the electoral process, respect the will of the people and ensure that the democratic traditions of the Caribbean Community are upheld.

Prime Minister Christie congratulated the people of St. Kitts and Nevis for the peaceful manner in which the voting was conducted, despite some challenges.

On behalf of the Caribbean Community, I congratulate the people of St. Kitts and Nevis for the peaceful manner in which polling at the general elections was conducted yesterday, 16 February 2015.  In a preliminary report to the CARICOM Secretary-General, the Chief of the CARICOM Electoral Observation Mission stated that the process was generally orderly, despite some challenges.

CARICOM is therefore extremely concerned that the Supervisor of Elections has not yet officially declared the results of the preliminary count.  The Caribbean Community calls on the Supervisor of the Elections to do so without further delay.  The time-honoured practice in St. Kitts and Nevis has been to release the preliminary results of elections within hours of the close of the polls.  The non-release of the preliminary results is therefore unacceptable and creates a climate of uncertainty.

I call on all concerned to fulfill their obligations in the electoral process, to respect the will of the people of St. Kitts and Nevis and to ensure that the democratic traditions of our Caribbean Community are upheld.